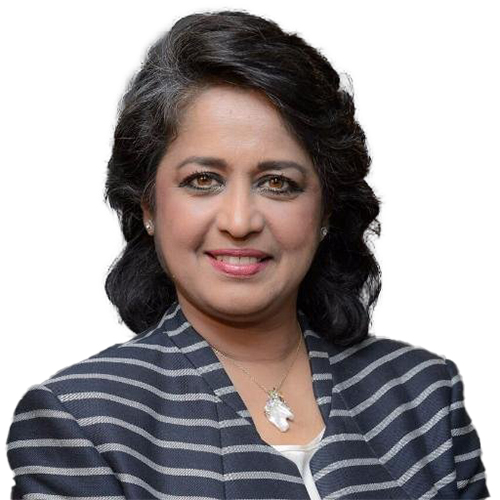 Dr. Ameenah Gurib-Fakim was the first female president of Mauritius, serving from 2015 to 2018. Prior to the presidency, she was the Managing Director of the Centre International de Développement Pharmaceutique (CIDP) Research and Innovation as well as Professor of Organic Chemistry with an endowed chair at the University of Mauritius. From 2001, she served successively as Dean of the Faculty of Science and Pro Vice Chancellor (2004-2010). She has also worked at the Mauritius Research Council as Manager for Research (1995-1997).

She has participated in several consultation meetings on environmental issues organized by international organizations such as the World Bank, SIDA, CIDA, EU and UN amongst others. Between 2011 and 2013, she was elected and served as Chairperson of the International Council for Scientific Union – Regional Office for Africa.

She has also served as an Independent Director on the Board of Barclays Bank of Mauritius Ltd between 2012 and 2015. As a Founding Member of the Pan African Association of African Medicinal Plants, she co-authored the first ever African Herbal Pharmacopoeia.She has authored and/or co-edited 28 books and several book chapters and scientific articles in the field of biodiversity conservation and sustainable development. She has lectured extensively across the world and is a Member of the Editorial Boards of major journals, has served on Technical Committees in various capacities, including the Chair of several National Committees in Mauritius.